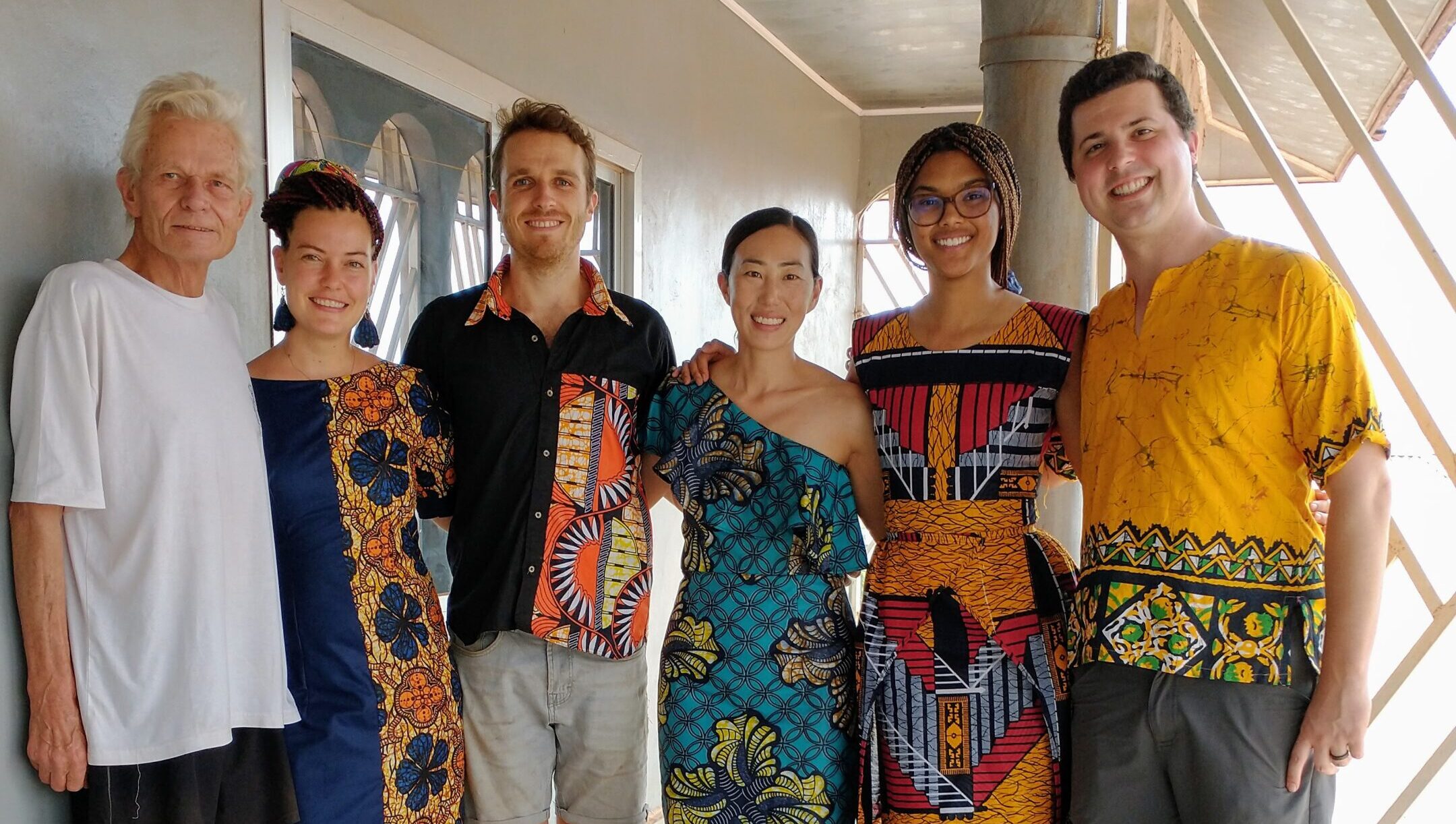 From September 25th, 2020 to April 24th, 2021, my partner Remi and I lived and worked in City Garden Clinic. Obviously, a small piece of text could never convey the full depth of my experiences, but I’m going to try anyway. It all started with me wanting to work abroad as a doctor in a ‘low and / or middle-income country’ in order to a) give something back from my well-regulated life to people who need it much more and b) to gain work experience abroad. I succeeded in both point, although I must admit that I received more B than I was able to offer A. 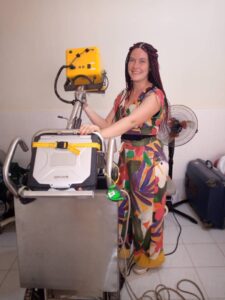 Through Remi I met Gert from the Smarter Hospital Foundation and thus with City Garden Clinic. We had a lot of phone calls with Ruurd and Dr. ABD, and eventually, we decided to “just get going” and left for Sierra Leone just before the second lockdown. What followed was a rollercoaster of experiences. When people ask, “how was it?” I can only answer “it was everything”. And it was: it was fun, exhausting, exciting, difficult, educational, tough, warm, scary, cosy and depressing. 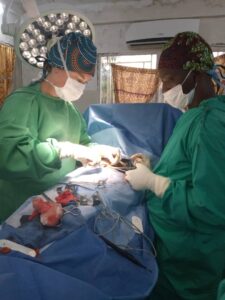 I was and am extremely impressed with the quality of care they were able to guarantee despite all the limitations. The many types of operations that were performed by one person (Dr. ABD) whereas in the Netherlands a whole team of surgeons and the most advanced equipment would be available. The integrity with which colleagues dealt with their patients, despite all the misery you see on daily basis. Dr. ABD’s relentless commitment to improving the hospital, the community and, more generally speaking, his country – finally a high-ranking person who just isn’t doing it just to line his own pockets. And Sierra Leoneans are very warm, friendly and hospitable people. I had so much fun with colleagues, laughed so much. I have never experienced so much joy while workingin the Netherlands.

It was sometimes difficult to encounter cultural customs. Broken bones that are wrapped in a spice mixture instead of neatly placed and plastered (as a result: the bones grow  back crooked or sometimes not even together at all). Female circumcision that is widely practiced (which, as a former sexual health doctor, hits me particularly hard). People who are cared for at home by a nurse who wants to earn a little extra, but only send their patient to the hospital much too late when they deteriorate (and therefore often die in the hospital). A man who says he decides on his wife’s surgery (unfortunately for him he had a Western doctor in front of him who also gave his wife a voice). What works in the Netherlands does not necessarily work and maybe not at all in Sierra Leone, so I (almost) never entered a discussion, but I found things like the above difficult to see. 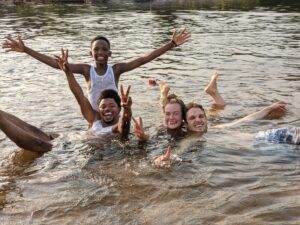 It was nice to have Remi with me at times like that. Someone from your own life with whom you can share. We generally spent our free time on our balcony or strolling in the city, or on the lovely river beach of Africa Beach in Makeni with some of the staff. Nice splashing and swimming and volleyball or whatever other activity presented itself. Everybody is welcome! During the time we worked there Remi gave computer lessons to the entire staff. They had already worked with Western doctors, but an  IT specialist enjoyed true celebrity status;). The hospital has recently suffered a huge loss: the death of Dr. Erdi in January 2020. Not only did they lose an excellent doctor, but also a visionary who helped CGC to grow to what it is today and who would have helped to grow even further. The Community Health Officers owe practically all their knowledge to her and they are working hard, almost in her honor.  Together with the Smarter Hospital Foundation, we are committed to safeguarding that future growth, although things might slow down a bit. But they are persistent, those people there.  Never give up and just keep going, that’s their ethos. So, when people ask how it was, I say it was everything. But above all, it was a really special experience to become  part of life in Sierra Leone, even it was just for a little while. Remi and I are now back in the Netherlands, but we will continue to work for City Garden Clinic in Makeni Sierra Leone. I am now a medical advisor and board member of the Smarter Hospital Foundation and more information about the foundation can be found at https://smarter-hospital.nl/en/home/ 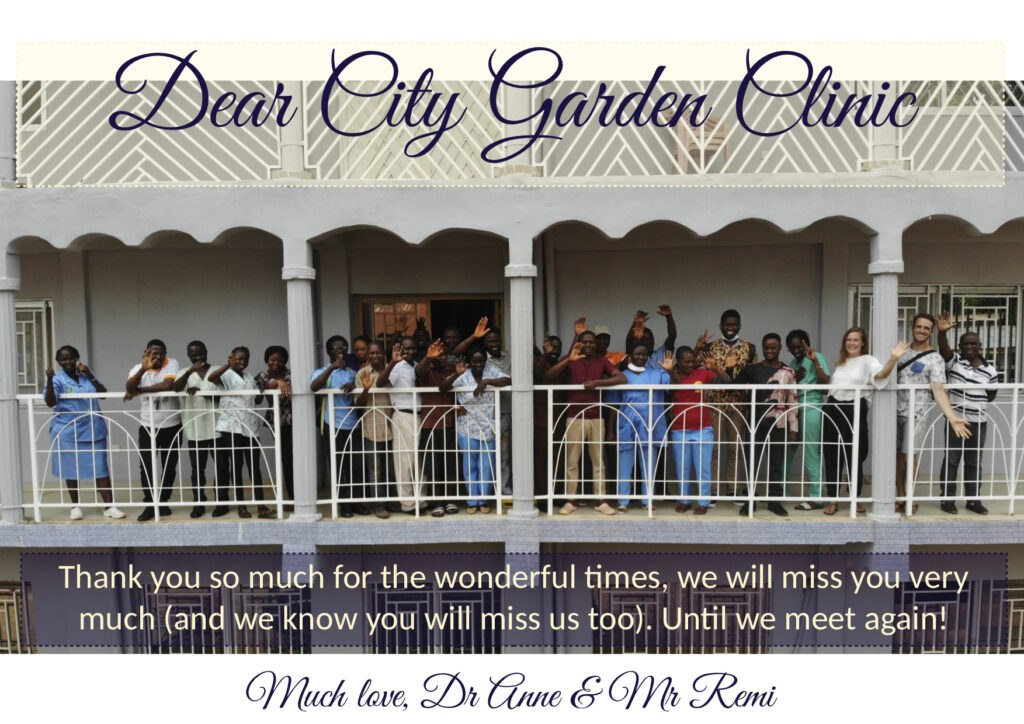